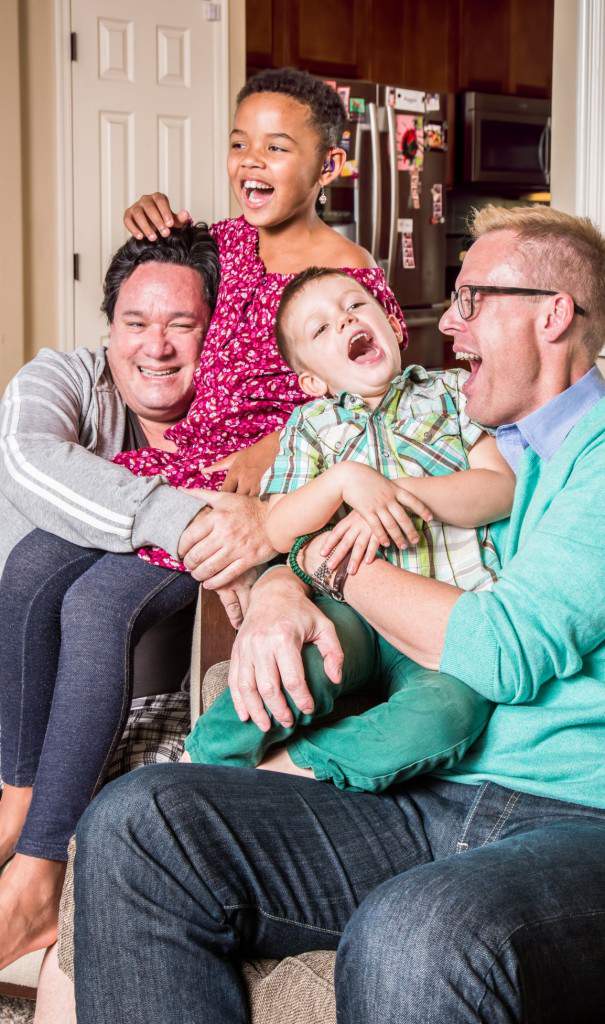 The structure of families and households has undergone significant changes in American society in recent years. What is known among sociologists as a “traditional” family – a husband, wife, and children – has dominated American neighborhoods for much of our nation’s history.  However, in the last few decades we have begun to see many different forms of household structures start to emerge. The public opinion of what constitutes a family has also shifted.

Now, the majority of households in the United States fall outside the aforementioned definition of “traditional, and only 46% of American children are raised in these traditional households. A number of social and economic factors have led to significant changes in the way modern Americans structure their home lives. Modern Americans are marrying less or later in their lives, and they are having less children. They are living alone or cohabitating more often. They are divorcing more often, and they are also more likely to marry multiple times, creating stepfamilies.

As our standards change, legal concerns and issues regarding family life also change – issues such as custody, social services, and child support. Additionally, the recent Supreme Court decision to legalize same-sex marriage has dramatically changed the legal landscape for same sex couples. If you have specific questions regarding the law surrounding your traditional or nontraditional family and household, you should seek legal counsel with a strong background in Florida family law.

Below are some examples of non-traditional households that have grown increasingly common in America:

More and more, American couples are forgoing marriage, instead simply opting to live in the same household. This is known as “cohabitation.” Previously a taboo in Western culture, circumstances or personal choices have lead a large percent of unmarried American couples to share a household.

Today, cohabiting is common in both casual and long term partnerships. Many cohabiting couples are seeking to test out a relationship before marriage, or refraining from marriage for ideological reasons. In certain cases, couples will cohabitate if their marriage would not be legal or if they cannot afford marriage. As of the 2012 census, 15 million households fell into the “cohabitation” category. Cohabiting couples do not receive the same formal recognition as married couples, and are thus subject to different laws.

LGBT stands for gay, lesbian, bisexual, and transgender. These types of relationships have faced opposition in America for many years, and are still a topic of controversy in many parts of the US. But cultural attitudes towards these relationships have continued to shift, as evidenced by the recent Supreme Court decision to overturn same-sex marriage bans nationwide.

Polygamy is marriage to multiple spouses, and it is not a legally recognized form of marriage in the United States. Americans who choose to live a polygamist lifestyle often marry one partner and cohabitate with others, or engage in an open marriage.

If you are involved in a non-traditional family and require legal help, it is vital that you work with a Florida family lawyer who understands how laws in our state can apply to your specific situation. Don’t just assume that no one can help you – reach out to us for a free consultation.